Having developed a musical ear at an early age I started playing guitar and singing while I was still in my Primary School years. (Yes… it was a long time ago!)

I originally pursued training as a classical guitarist and, while studying for my Music O level, I started to work on combining my abilities on the guitar with my love for singing. I have since enjoyed more than 30 years as a singer/songwriter which has led me to a variety of performances over the years, numerous achievements in songwriting competitions and, my latest venture; a Master’s degree in Songwriting. In particular, I quickly developed a flair for harmonies which is evident throughout the majority of my work 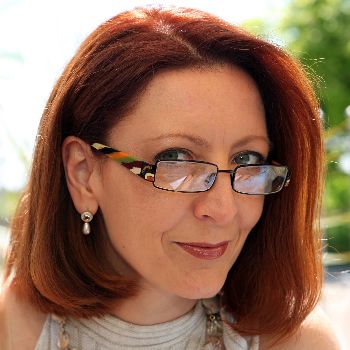 Despite my love of music I trained to become a Pharmacist at University but music was still in my heart and soul, so it was inevitable that, a few years later, my love for contemporary singing and performing resulted in a change of career for me and, as a result, I studied hard to gain my Certificate in Vocal Teaching from The Voice College and then immediately went on to complete my Professional Diploma in Vocal Teaching. Having gained Student of the year in 2009 I was invited to work as a personal tutor for The Voice College and in 2018 became their Vice Principal. To top it all, in 2018 I also became a Fellow of The Royal Society of Arts. An honour indeed!

Over the years I have been in a variety of bands; everything from covers to 1940s close harmony work. I have also judged numerous singing competitions, including the National Open Mic, Live & Unsigned and Teen Star competitions.

In recent years I have started several choirs and vocal groups, of which, the main one is my local ‘choir’ called ‘The A Town Sound.’ I say, ‘choir’ because this isn’t your traditional choir… no! With over 40 members we use backing tracks to sing 3-, 4- and 5-part harmonies for anything from Mamas and Papas to Ed Sheeran. Please feel free to check out our website, The A Town Sound.

In 2021, I qualified as a Vocal Health First Aider which means that I have a detailed knowledge of vocal health and wellbeing. A such, I am trained in recognising various forms of vocal dysfunction and have the ability to guide voice users in their recovery via forms of self-help and/or referral to a specialist where required.

As you can probably tell, I am the sort of person that thrives on expanding my knowledge of all things singing and musical and, as such, I enjoy studying other singers techniques and methodologies so that I can integrate these into my teaching. On top of this, 2021 will also see me undertaking my Masters in Songwriting!

The best thing about my job though, is you…

As a singing teacher and vocal coach I am fortunate enough to meet a huge variety of singers from very diverse musical (and even non-musical), backgrounds. From those who are just seeking to improve their voice when they are in the shower, to the professional singer who is seeking to be the next big star! In fact, I think I have one of the best jobs in the world – not only to I get to do the one thing I am passionate about, but I also get to share my enthusiasm with all of those individuals that I teach, what could be better than that?